Edge hub is responsible for interacting with CloudHub component present in the cloud. It can connect to the CloudHub using either a web-socket connection or using QUIC protocol. It supports functions like sync cloud side resources update, report edged side host and device status changes.

It acts as the communication link between the edge and the cloud. It forwards the messages received from the cloud to the corresponding module at the edge and vice-versa.

The main functions performed by edgehub are :-

A keep-alive message or heartbeat is sent to cloudHub after every heartbeatPeriod.

The main responsibility of route to cloud is to receive from the other modules (through beehive framework), all the messages that are to be sent to the cloud, and send them to cloudHub through the websocket connection.

The major steps involved in this process are as follows :- 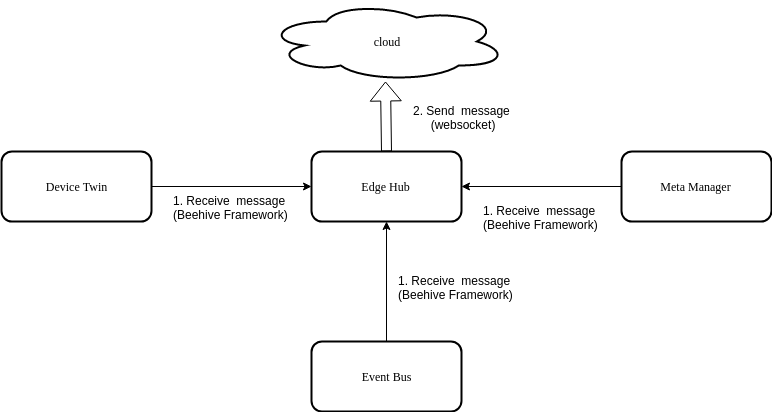 The main responsibility of route to edge is to receive messages from the cloud (through the websocket connection) and send them to the required groups through the beehive framework.

The major steps involved in this process are as follows :- 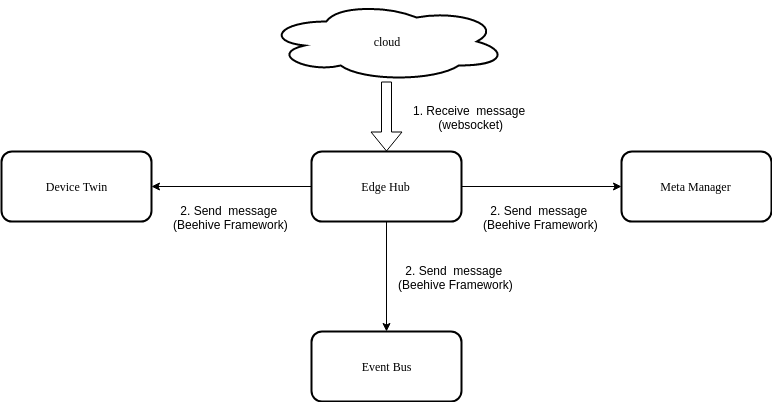 EdgeHub can be configured to communicate in two ways as mentioned below: